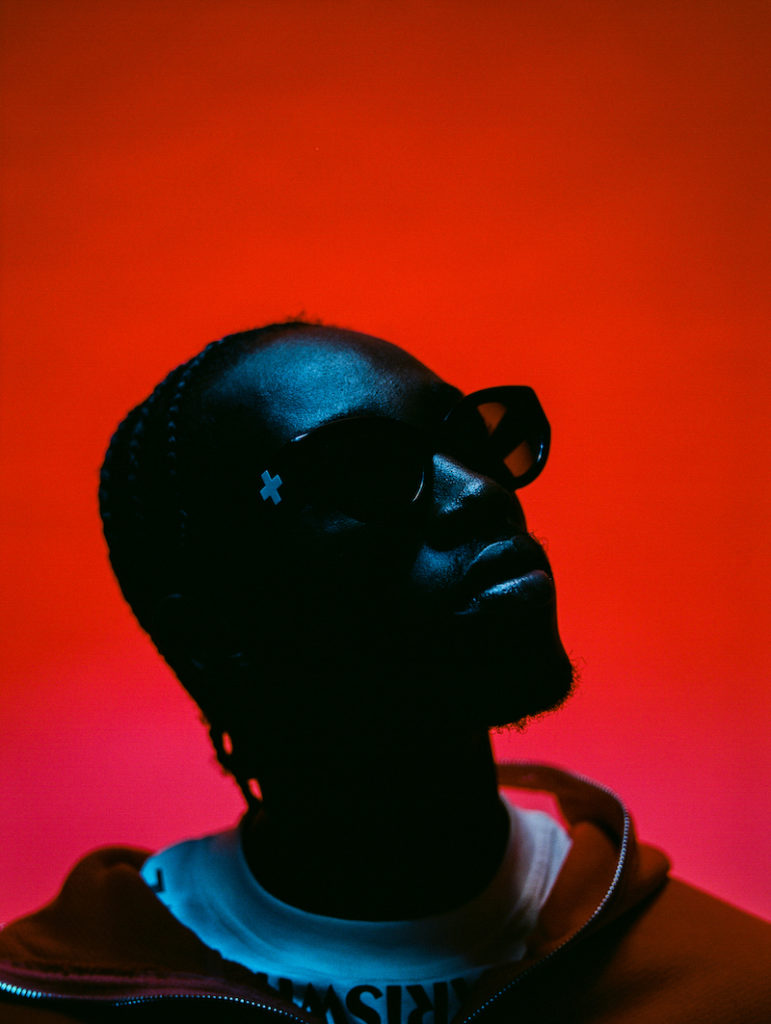 Hackney needed a rap star and Unknown T stepped up to the position. Having quickly risen to fame in his teens, Unknown T’s career was very nearly sidelined by a conviction.He talks to VIPER about entering into the scene with a Drill classic, being cellmates with Digga D and how his jail spell humbled him.

Bursting onto the scene in 2018 with ‘Homerton B’, Unknown T went from quite literally unknown to a hometown hero overnight. His name became synonymous with his local area as he put E9 permanently on London’s musical map. The postcode later came to rep T and his friends and collaborators: V9, KO and Jimmy, who collectively go by the name 9 Gang or 9 Boys. But more about them later…

When making a name for yourself as a new rapper on the scene, two things are essential; a catchy debut song and an aura of mystique. T immediately delivered both, with the catchy ‘Homerton B’ dashed into every DJ’s set for the next six months. His mystique came in the form of a pair of sunglasses, still yet to be removed from his face and a moniker that held a strong sense of allure. When asked why he chose the name Unknown T, he explains, “Because whenever you think of Unknown T, the first thought is, ‘who’s that guy?’ It was a strategic method so people can look into my work.” It’s safe to say it worked, with him quickly rising up the ranks within the UK rap scene.

For many the first Unknown T sighting was a 2017 Tim Westwood Crib Session, in which he debuted one verse from the song that would soon become a Drill classic. Later removed from YouTube, the freestyle saw him surrounded by countless members of the 9 Boys and 98s, with not a bare face in sight. Already wearing his distinctive shades and gloves, along with a black balaclava, T captivates as he raps the lyrics with a sea of hype men behind him. His star quality was visible from the start but he admits that he didn’t initially have the confidence to be an artist professionally, saying, “You know what? Up until 2015 in my mind, I never thought I’d be a rapper. I was that guy, yeah, I was slick with my words, I would rap here and there when we had little sessions in a circle but unbothered.”

Those around him encouraged him to pursue it as did his growing online fan base, “Everyone would tell me, ‘Nah you’re hard G, stick with that’. I weren’t bothered but you see social media’s powerful init, man must’ve done something. It’s gone all over Twitter – boom – a couple of exclusives. You know them friends get excited and leak your tunes on YouTube and that, word gets around. It made me realise that maybe I do have something special. With the assurance of all my close people and my community, which made me deep, ‘fuck it let me try and do this ting’ and 2018 – it worked.” That Summer, ‘Homerton B’ dropped with immediate impact. Many artists pray for such a response to their first single but it can be daunting reaching such successful heights so fast. With this in mind I ask was he nervous to drop a follow up track? “Yeah I can’t lie ‘Homerton B’ was supposed to be the warm up but them boom, it changed my life straight away. I had to improvise really, like what can I make the next tune? And then ‘Throwback’ came.”

‘Throwback ‘ displayed his versatility, with a delicate female vocal, laid over nostalgic rhymes about his early years. It was different, especially from a song like ‘Homerton B’ which had dominated clubs since it dropped. The sonic diversion was strategic, as one of the new names in Drill showed he was capable of creating a lot more than one subgenre of Rap. However, his reasoning behind this was more personality-led than tactical, saying “I feel like not many people but some people do the party ting and that’s their ting, big up their ting. But for me  maybe my ting’s more of an emotional ting. It’s a journey and that’s something that people can lead with to help their emotions as well, you get me? Music that you feel.”

Being born in Homerton Hospital myself and growing up just a few miles from Unknown T’s home, I recognise the vibe and energy of Hackney within his music. I tell him that I feel his sound embodies the borough as it displays a darkness and mood to it that you feel when you’re in it. When asked if he makes an effort to do this when writing he admits, “It’s not even a conscious thought, I feel music.” The best example of his sound representing Hackney’s dark energy is his 2020 song, ‘Deh Deh’ which builds from a sparse place into a high energy. Weaving tales of ride-outs and brandishing tools the lyrics bring a bounce to the beat. T skirts the fine line between detailing and glorifying  as he outlines his days of gang life, while also showing maturity with lines like, “Real gangstas don’t need to talk ‘bout drillings.” There’s a sense of urgency to the song, thanks in part to the ominous build-up which, for me, feels like an impending sense of dread. The melody is quite dissonant and gives the song a lot of tension, while the reverb on the SFX adds ambience.

Continuing to explain how his sound embodies his home borough he describes how he draws from relatable experiences, “A lot of people resonate with my music, especially because we all go through similar emotions. Some people may go through darkness, some people may go through happiness, I replicate that in my music. Every time I make new projects or new songs, the audience will feel it because they’re with me through that journey. It’s not even a thing that I do consciously, it’s something that as humans we all go through and that’s why I take a lot of care in my music.”

For years Hackney had no star presence in the rap industry, though throughout the noughties various areas within the borough produced local stars. But as far as a rapper that made noise in the streets and on the airwaves, the Number One spot was there for the taking in 2018. When asked if prior to him, Hackney needed a strong rapper in the scene, he agrees, “Hackney needed someone in that position. Yeah they needed it obviously, then I made history init.”