[INTERVIEW] SSGKOBE IS ALREADY A SUPERSTAR 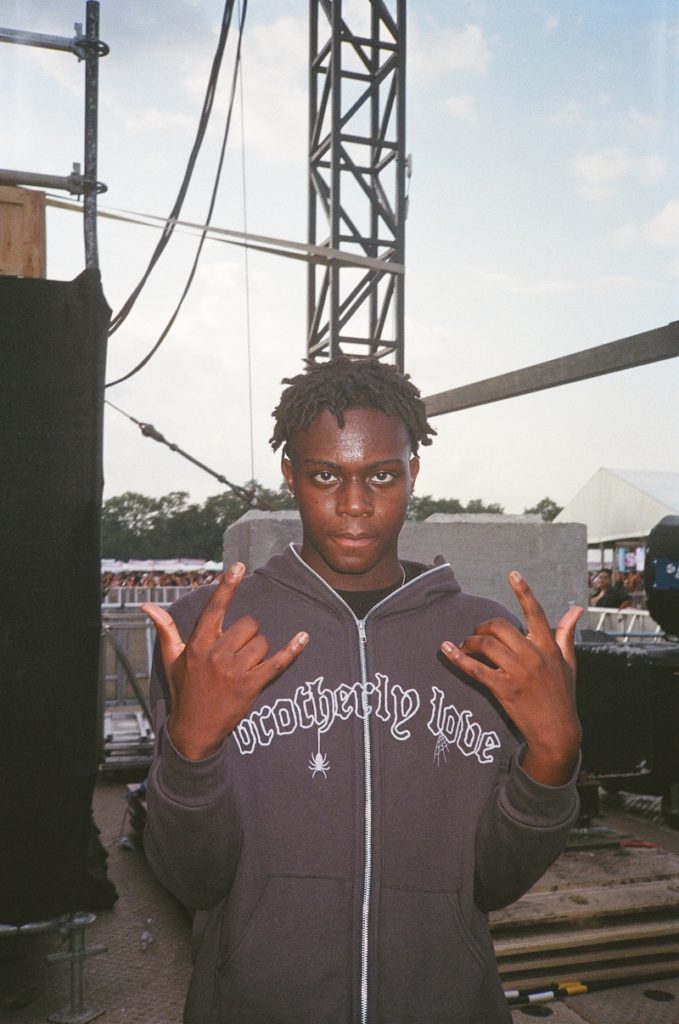 SSGKobe is only 17 but already a rockstar. Hailing from Sinoville, Louisiana, he grew tired of the small town lifestyle and the lack of things to do and started making music. Originally known as Lil Kobe, he changed his name to SSGKobe, standing for Super Saiyan God, an ode to the anime Dragon Ball Z. Early on in his career, he linked up with the underground Hip Hop collective SlayWorld working on numerous tracks with members Autumn! and KanKan. Not too long after that, Kobe linked up with fashion icon/influencer Zack Bia. The two immediately clicked and soon after they started hanging out regularly.

Lately SSGKobe has been making major waves with his hit song ‘MIA’. After teasing it for months on social media, his rapidly growing fanbase begged him to release it, and at long last he dropped the track along with a Cole Bennett directed music video. The ‘MIA’ music video is one of our favourite videos to drop this year. Heavily inspired by Tim Burton’s movie The Nightmare Before Christmas, the video contains scenes with bathtubs full of blood, tarantulas, the iconic moon scene as well as cameos from his friends like Ka$hdami, Cochise, and Adin Ross. Kobe is incredibly talented and humble for his age. He has gone on to collab with artists like BROCKHAMPTON, $NOT, Kaash Paige, Internet Money, and many more.

VIPER sat down with SSGKobe to discuss ‘MIA’, anime, his friendship with Zack Bia, and more. Read what he had to say below and make sure to stream his new song ‘Caddy’!.

I lived in a small town called Sinoville, it’s a small area, there’s really not too many things to do, not too many opportunities for people to branch out outside of like the regular day to day jobs, like office jobs.

Was there a music scene out there, did you get to go to any concerts?

Nah, I wasn’t going to any shows, I don’t even think I went to one concert. Like I never purchased a ticket to go to a concert.

What does SSG stand for?

SSG stands for Super Sayin God, I took it from Dragon Ball Z; I like how when they turn into Super Saiyan they become stronger and better.

It seems like you’re a big fan of anime, Do you have a favorite one?

I like Attack On Titan. Currently, I’m watching Death Note. A lot of people told me to watch it. I’ve never watched it, so I’m watching that right now.

Who were you listening to growing up?

I was listening to Lil Wayne, Kevin Gates, Boosie a lot. All those rappers from the Baton Rouge, New Orleans area, I was watching them, a little bit of Curren$y. It all comes from lyricism, especially Lil Wayne being my number one.

I wouldn’t say he’s my favourite rapper, but I would say the most inspiration I got Louisiana-wise would be from Lil Wayne.

You’re only 17. What’s it been like going to high school and dealing with fame?

Luckily enough, my parents got me into online school so I’m not going into school, I’m doing it online and traveling and doing things like that.

What’s it been like dealing with fame in general? Going to these cities, performing in front of big crowds. Do people recognise you on the street?

Yes, it’s funny too, some people they’ll just stare at me. They’ll look at their phone, look up again, just to make sure that it’s me. The shows when you see everybody, especially at the the Nearvana event in Los Angeles, when everybody’s screaming your name it’s like an out of body experience

Very early on in your career, you linked up with SlayWorld. How did that connection happen?

With SlayWorld, I been knew everyone in SlayWorld since I was like fourteen. There’s two rappers in there that’s from my hometown, Summers and Autumn, so they kind of brought me into that SlayWorld group. That’s where I met all of them.

You just dropped a crazy video for ‘MIA’ directed by Cole Bennett. Whose idea was it for it to be influenced by Tim Burton’s The Nightmare Before Christmas?

So basically we been knew this song was it, we were like ‘we need to shoot’, but we were just sitting on it until I came back to LA. Cole was like, ‘we need to shoot this instantly’. So we shot it and he basically already had what he envisioned and just brought it to life.

What was it like filming that shot with the tarantula on your face? Were you scared?

Yeah, I was scared but also in the scene on the table when I was face down there was like 15 tarantulas crawling on my face.

At what point did you realize that you wanted Adin Ross to be in the video?

I mean, Adin been my dog since ‘Nurse’, he helped ‘Nurse’ do what it did. Shout out to Bronny too. Adin showed up and was like ‘let’s do it’.

You’re also good friends with Zack Bia, you guys have been hanging out since early in your career, how did you guys meet?

So I believe I had around 20K followers, maybe less and Zack found my music. He DM’d me on Instagram basically saying that he vibed with the music and that he’s about to start an independent label called Field Trip, but they only had one artist. He was trying to get the first rap artist in there, I think that’s what it was, that’s how it started.

I love your song ‘Bow-Wow‘ with BROCKHAMPTON.

Yeah, we got more stuff coming out soon.

Did Kevin Abstract reach out to you?

It really came from Zack showing them my music, we kind of both just met. It wasn’t like we messaged each other, it was a mutual respect thing.

You got a bunch of singles out, but you still haven’t dropped your debut project. Is that something that you’re working on and fans can expect this year?

Maybe so, maybe not, I’m not too sure. We’ll see what happens, keep your eyes open for everything.

One of the things that has helped your growth is apps like Tik-Tok. Do you find yourself trying to make music that curates to fans like that?

I definitely feel like whenever I’m bored or I can’t really get in the groove, I’ll make songs that’ll make me be like, ‘oh yeah this will blow on Tik-Tok’. I’ll post a snippet, I’ve only made two songs like that. The first one which was my first child was ‘Thrax’, it’s about to hit 10 million on Spotify. The other one is ‘Running Out Of Time’, the Pink Panther inspired type song, I posted a snippet that’s starting to go up and people have been asking me for that. So yeah definitely, shout out Tik-Tok.

Do you plan on going on tour soon?

If there’s an album coming out then there’s definitely a tour, just got to see about all the Covid stuff.

How do you feel that you have changed since your Lil Kobe days and ‘WYD’?

I feel like I learn a lot of lessons through music. One, not everybody is your friend. Two, not everybody is around you for your best interests or intentions they’re with you because they can benefit. I’ve also learned never try to chase something, always attract it. That’s what I’ve been doing, so far it’s been working and I’ve just been trying to stay on the positive side, positive energy, being polite to people. All the small things count.

I noticed you don’t even call your fans, fans. You call them your community.

Yeah, I feel like fans, to me, that’s disrespectful. I just feel like we’re all the same people, I just make music that’s that’s really it.

Photos and Interview by Calvin Schneider