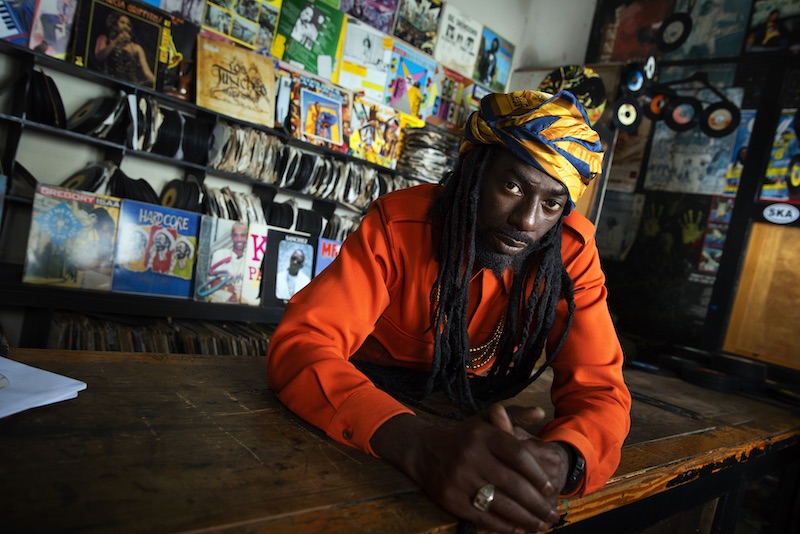 Following the 25th anniversary of his seminal album ‘’Til Shiloh’ VIPER spoke to Buju Banton about spirituality and his contribution to Dancehall music.

Your iconic album ‘’Til Shiloh’ recently celebrated its 25th anniversary and you’ve released a new album with new versions of the songs. What was your original mind state when making the album?

The original mind set of 25 years ago can’t be repeated in this day in this album but I tried to make it in its exact form. The music is a testament of exactly what I was going through, the murder of my friend that inspired the song ‘Murderer’, to the struggles of life which inspired ‘It’s Not An Easy Road’. From the reality that the West somehow is constructing a different dimension on ’Til I’m Laid To Rest’, all these songs came at a pivotal time in my transition from the hardcore Dancehall to Reggae music.

It’s a seminal album for Jamaica for that same reason.

Did you approach the songs any different from previous albums?

Well I was signed to a major record label who I was working with on ‘’Til Shiloh’ which was Island, Polygram, Mercury and subsidiaries. Therefore the machine was behind the progradation of the works, much more so than the other albums I have done. So we can understand that but nevertheless all my works I stand beside them because they are a representation of what I feel and what I see, and me communicating with the people from a musical standpoint.

Do you have a favourite song from ‘’Til Shiloh’ and has it changed over 25 years?

Well of the works, I never feel myself attached to one particular song under my page because at the altar, I make all this divine inspiration for the masses. I cannot attach myself to the work, I’m just here to convert the message, so as a messenger I deliver the message and move on.

Do you find one song stands out more to listeners than others?

‘’Til Shiloh’ takes the listener through every single emotion you can feel, was that intentional?

Because it is my earnest desire to make music that people can communicate with and interact with and feel, and identify with, I don’t wanna sing something that people can not relate to because that would defeat the whole purpose of communicating with the masses through the music.

Well you’re one of the best communicators.

We earnestly try, give thanks to God, we try.

Did you feel these songs would become so classic in music?

They can not tell what the future holds, ’cause if any of us could, we wouldn’t make the same mistakes in life that’s made in the makings of a life. To be earnest, whatever seed we plant shall bear fruit. Good fruits too.

My mother would say that mistakes are important to recognise. She said that Persian rugs always have one flaw because nothing in life can be totally perfect.

Wise words, those are wise words.

Saying that, your songs are close to perfection, when you re-recorded the songs from ‘’Til Shiloh’ was it a challenge to remix something that was already great?

Well you have a different aspect of music, you can have the songs sounding one way and then you turn it over and do something in a way it sounds totally different and that’s what Reggae music has. Many other genres pose the same ability also but I don’t think we have exploited that area of our creativity enough. So here I am now making ’It’s Not An Easy Road’ with an acoustic feel, you know breaking it down, taking it soulful. So I feel it and hopefully the masses can relate to it on a level as well. And it’s a bit of a good thing to do in the progradation of the music. To find more homes in the hearts of one.

Because if people love one version of the song, they can love another.

Rihanna said the album is in her top 3 of all time, has she spoken to you about the album?

We have spoken but we haven’t spoken in depth in an interview with her as my counterpart like that. When you love and support something, you want to be interviewed to show your support openly. She’s also from the Caribbean heritage so music is innate, it goes further because we try to stick together as Caribbean people, respective of who we are. We have to make an attempt to connect.

To read the rest of this interview, purchase a copy of our Spring 2021 issue.