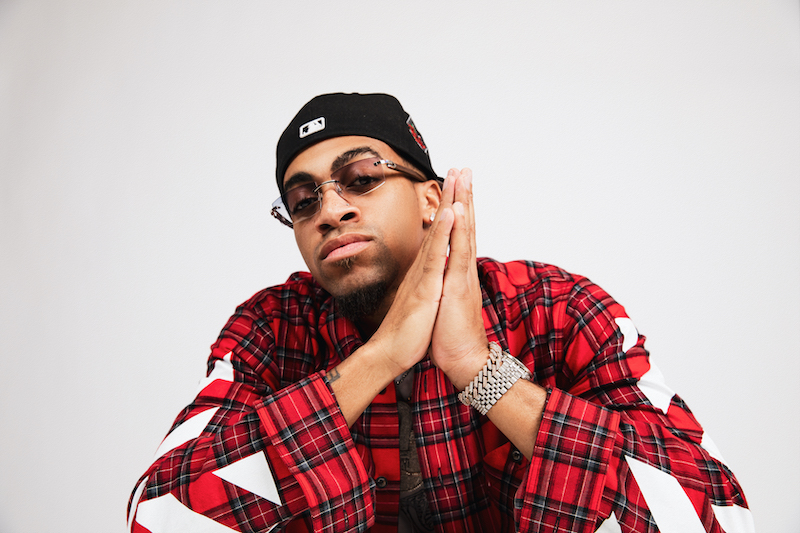 OG Parker is one of Hip Hop’s not-so-secret weapons. Originally from Georgia, Parker started playing piano at a young age, which set the stage for his production career. In 2010 he started producing under the name Pretty Boy Parker. Soon after, he became friends with and started producing for OG Maco. When Maco dropped his viral hit ‘U Guessed It’, he was noticed and quickly signed to Atlanta’s Quality Control label. Soon after, Quality Control noticed Parker and signed him as well, which is when he changed his name from Pretty Boy Parker to OG Parker. Since then he’s had a long and prosperous career producing for artists like Chris Brown, Gucci Mane, Drake, Lil Durk and numerous other A-list artists.

OG Parker’s production can be characterised by smooth R&B jams, with a mix of uptempo Trap and saucy Hip Hop tracks. Last Friday, OG Parker dropped the first single off his forthcoming project, ‘Rain Down’, entirely produced by OG Parker with big features from frequent collaborator Chris Brown alongside Latto, PnB Rock and Layton Greene. Each artist delivers their own sauce on the smooth track. Parker is showing no signs of slowing down. Last week Megan Thee Stallion announced her return with her brand new song ‘Thot Shit’, which was produced by OG Parker and Lil JuMadeDaBeat. But that’s not all, OG Parker also produced Yung Bleu’s new song ‘Baddest’ featuring Chris Brown and 2 Chainz and ‘Birthday’ by Migos off their new album ‘Culture III’.

Where did you get your producer tag from?

So originally, I started making beats in 2010 and my producer name was Pretty Boy Parker. I don’t know why, I don’t know what I was thinking. I didn’t really like the name, but it was all I could think of at the time. I linked up with OG Maco when he signed to Quality Control. I was like, I’m going to change my name from Pretty Boy Parker to OG Parker. He went to the booth and he just said it, I put some effects behind it and made the tag.

How did you get signed to QC?

So I was making music with OG Maco in about 2013. He made a song called ‘U Guessed It’ and got noticed by Coach K and P, he got signed up there. We were like best friends, we’re in a collective called OGG, so I started going to the studio with him. When I was going to the studio with him, I would see the Migos and I’d be like, “Yo, let me send you some beats.” Then I would meet Rich The Kid and Johnny Cinco and everybody there. One day P and Coach K just pulled me to the side like, “Yo, we gotta sign you, you’re working with all our artists.” This was like 2014.

So you just dropped a song with some pretty major names on there. Tell me about how ‘Rain Down’ came about.

So this is actually an older song that I did with Hitmaka and some other co-producers. It’s just a song that was special to me, I thought Chris was going to use it on his album and he ended up not using it. I was like, “Let me have it for my album, because Chris is like my brother.” He let me have it, then for the past couple months, I’ve just been trying to think of who I could get on it. So I got Latto on it and Layton Greene, I just had to put it together. We finally got it all right, now I’m really excited for it to finally be coming out.

When did you guys record the song?

So Chris and PNB [Rock], they did it a minute ago, maybe a year and a half ago. As of recently, a couple of months ago, I got Latto and Layton on it because I knew I wanted females on it.

Are you a fan of SWV and what made you guys choose to sample them?

I definitely am! The beat’s not a sample it’s just the hook, the songwriters reinterpreted the hook from the SWV song. It was just super dope to me, I loved it as soon as I heard it. Once Chris cut it, I was like, “Oh yeah. This is crazy!”

You’ve been a major producer for years, but now you’re moving in a solo direction. How long have you been planning on doing this and do you plan on dropping a full solo project?

Yes I do, this is something I’ve been working on for a couple of years. I just really want to solidify my space as a producer first. I’ve been producing for a couple of years now, so I definitely thought this year would be the perfect year to start out. I think the DDG project did a lot for me, it really helped me step out into an artist per se. Curating these songs instead of just being a producer behind the scenes. I’m actually about to drop an EP, and this is the first single to it.

Do you have a date for that yet?

It’s definitely going to have a lot of features.

Are you going to be doing your own thing on there too? Or just producing?

Producing it, just like DJ Khaled and Mustard and them.

Do you feel like your job as a producer sometimes requires you to be an A&R as well?

Are there any artists that you’re excited for? Or an artist that you really want to work with?

When did you first start producing?

Are you a FruityLoops or Logic guy?

Do you do everything in FruityLoops or do you do the melodies and the drums and then bounce it out to Logic?

Me personally, I do 95% of the things in FL. I do have some keyboards and stuff and I’ll do some melodies in there. Sometimes I’ll work on Ableton a little bit, but I’m like 95% FL Studio.

When you were first starting producing, were there any producers or artists that you were really inspired by?

Oh for sure, Pharrell, Timbaland, 40. Pharrell definitely inspired me a lot, especially how he’s an artist on the song. He actually raps and sings on the song sometimes.

Back in March, you dropped the ‘Die 4 Respect’ tape with DDG, what made you guys decide to do a whole project together?

I had two songs on his previous project, then my manager called me and told me to pull up to the studio. We made a couple of songs that were on his project and then we didn’t talk for a couple months. I wanted to tap back in with him, I thought he had a lot of potential and then we started locking in. I was just like, “Yo we should do a whole tape.” We worked on it for a long time, flew to Miami and LA to work, everywhere. We just kept going and getting features and building it up.

If you were to go up against another producer in a Verzuz battle, is there anyone that you would want to do that with?

I would want to go against Wheezy or London on the Track.

You’ve worked with some of the biggest names in music over the years, is there a piece of advice that’s stuck with you?

Not in terms of them saying something, but working with Quavo from the Migos made me step up my work ethic. In 2015 I started working 10 steps harder because I would go to the studio and I would have like 20 beats ready and I would think I’m prepared, he wouldn’t like any of it! It made me realise, if you want to make it, you have to really be prepared, you got to have 50 beats ready in every session to make sure that you find the vibe that the artist is looking for. He really just made me step my whole game.

What can fans expect from OG Parker in 2021?

I think they can expect a lot of good music, a lot of different genres of music. I want this to be like my step out year, where I really just come out as a top tier producer that’s working in every realm.

So you have the solo project or solo EP coming out, you already dropped the DDG project. Are there any other projects that you’re working on right now that you’re excited for that you can talk about?

I got a lot of songs about to drop! I don’t know if should say it, I really want to let some of these songs drop. But I got a couple of singles about to drop with a couple of big artists that I’m very excited about.

Do you have any advice for any upcoming producers or songwriters in this current game?

For sure, I just always like to say keep God first, work hard every day. If you want to be a producer, you’ve got to make beats every day, like no matter what. Even if you’ve got to go work a job. I used to ride the bus to the train station, the train to my job, come home from work and still make beats all night, then go to go to work the next morning. So if you want it, you really going to have to work really hard for it.