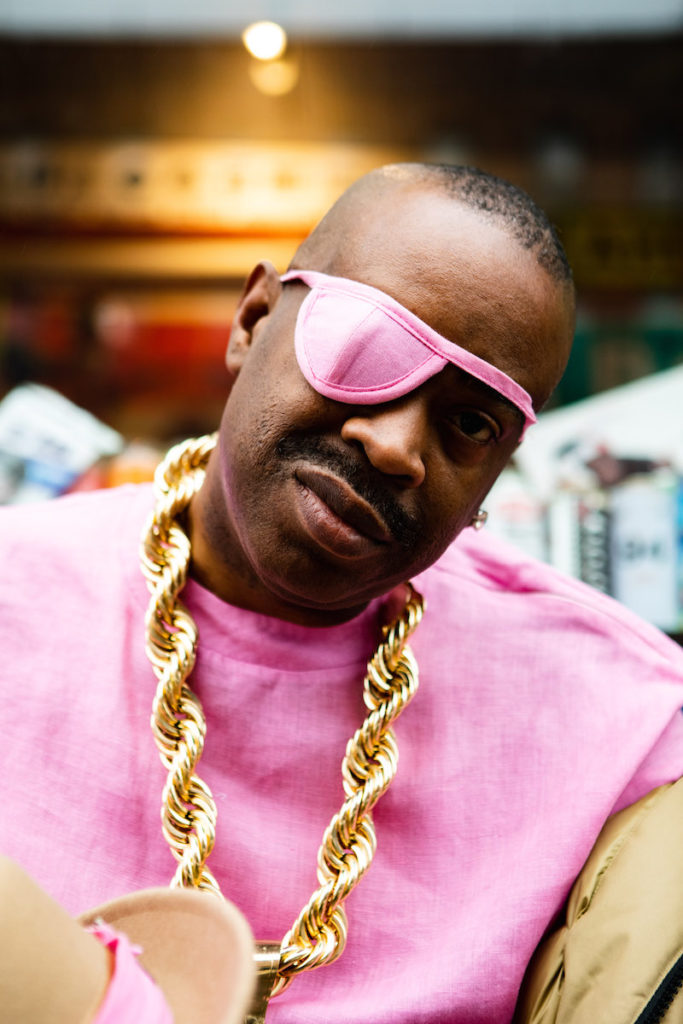 The Wallabee shoe is a Hall of Famer when it comes to the most iconic accessories in the rap game, with Wu Tang most notably rocking them in a rainbow of hues.

And now the latest icon to speak lovingly about the shoe is Slick Rick, who has teamed up with Clark Originals for a visual project titled ‘Mind-Body-Soul’

The mini-documentary is just under two minutes long and spans his three-decade relationship with the cult brand, reflecting on his evolving relationship with his New York as he reminisces on his days as an adolescent and music industry beginnings.

One of the UK’s finest exports, Slick Rick, is an innovator and trailblazer in Hip-Hop, undoubtedly one of the first rappers to merge the luxury world of fashion the culture of Hip-Hop.

Rick discusses the root of his affinity with Clarks in the mini doc. He says: “The streets are always changing. All these years later, I love walking around New York City. Most of the time, I’ve got Clarks on. They’re like the cherry on top of cheesecake. And I’ve got more colours than I can count. If I got a hat on, it’s like the mind. The clothes is the body. And the Clarks gives me the soul.”

The vignette style visual, directed by Katherine Mateo of PURRRR and shot by Jordan Riggs and NoLedge Productions follows Slick Rick around landmark locations synonymous with his upbringing in the Bronx, New York – ultimately making his way to the garment district in Manhattan, an area that greatly influenced Slick Rick’s love for fashion and design. “Mind-Body-Sole” is a story of heritage, community and purpose above all.

While the Clarks brand is steeped in British heritage, the impact that the Wallabee spreads much further afield to US. A timeless shoe whose tapestry and roots are just as cemented in the rising of US hip hop and street culture as it is fashion. Slick Rick has been wearing and customising Clarks since his emergence onto the scene in the early 1980’s, with many following in his footsteps. Alongside Slick Rick, who spearheaded the Wallabee culture, many legends followed in wearing or customising their own versions – from the late MF DOOM to Kanye West to Drake.

Filmed around the holidays, Slick Rick went to raise spirits among government officials whom he feels are often unappreciated. Gifting each of the young soldiers a package from the Clarks Originals brand to show his appreciation. It’s a cause Slick Rick continues to champion and support through his newly launched ‘Victory Patch Foundation’.

Slick Rick says, “These guys are why we’re here. I had to do something for them. I had to give them a piece of my history and my passion here in my community.”