In this social media age, there are thousands of influencers trying to make a name for themselves. Many teens spend years aiming to get their big break as the next big Instagram comedian or YouTube star. With ShlideTV, JamalTheCreator successfully became a viral YouTuber and then used his fanbase to show the music industry that his creativity is far from limited. Since then, he has caught the interest of millions of new fans and record labels with his singles ‘This Is The Life’ and ‘Trust Issues’. We caught up with Jamal to see how he made the transition seem so effortless and also discuss his creative process, lifestyle, and vision for the music industry… 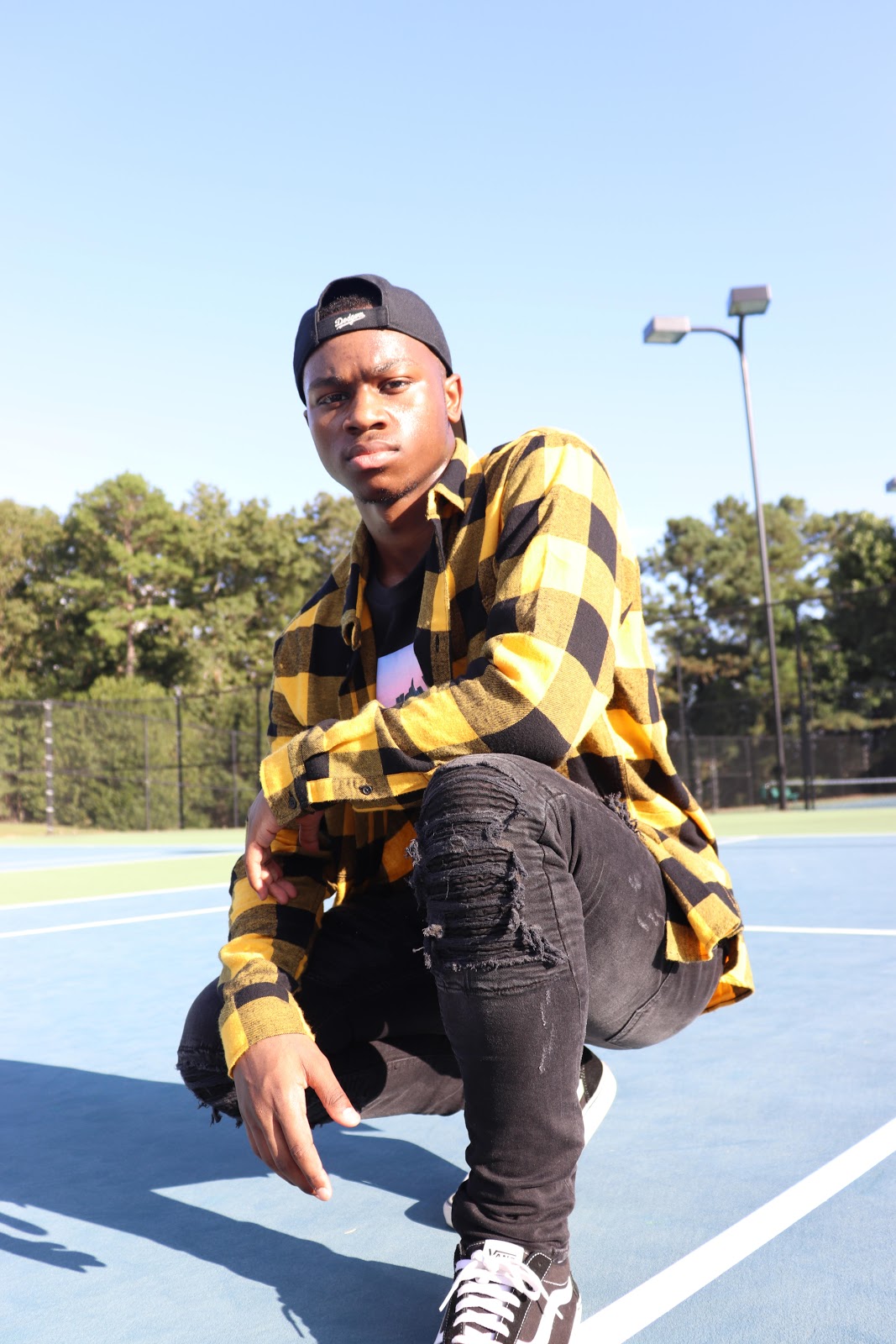 For people who don’t know who you are, tell them how you rose to fame.

Back in high school, I had a friend named Dwayne who started a YouTube channel called ShlideTV. He used to stay across the street from me and one day he asked me to do a Hotel Ding Dong Ditch video with him. Back then we weren’t that big but after we did a few crazy pranks, we started going viral. We got so big to the point that we got signed to a big management company in L.A., made famous friends, and all that [laughs].

Hectic! Honestly, I moved around a lot as a kid. I’m originally from the Southside of Atlanta in an area called College Park. That’s where big rappers like Gunna, Kap G and 2Chainz are from. I used to be back and forth all the time between Atlanta and Dayton, Ohio. Then, when I was in middle school we moved to the suburbs about five minutes away from city limits. But I love Atlanta to death. There is no city like it, we have it all!

What made you start rapping after you blew up on YouTube?

I’ve always been passionate about music. Ever since I was a kid I always knew I was going to be something as far as music. Back then, I didn’t know if I wanted to sing or rap, but I knew it would be something. I used to make videos playing the guitar and posted them on YouTube before I even became a YouTuber [laughs]. I was in band class, took music classes, had my own mini-studio and everything throughout the years. It’s just that I didn’t have a lot of money or knowledge of music as a kid, so I put it on the back burner. I guess my fanbase from YouTube just put me in a better position to finally pursue music since I had the fans and connections in place already.

How do you juggle being both a YouTuber and a rap star at the same time?

I’d be lying if I said it was easy. I have to record videos, edit, strategise, and then write music, record and mix; it’s just crazy. I really just take it day by day and try to stay focused. Staying focused on one project at a time is key.

What was your first reaction when ‘Trust Issues’ went viral?

Do you have a specific creative process or do you just “Go with the flow”?

It really just depends on the day. When an idea pops up in my head, I write it down, and over time I build on that idea to make it better. Once I feel like the idea is a hit, I take action and put it into play. Don’t get me wrong, I have OCD like crazy! I have a specific way that I have to do things. I spend hours typing out long lists of marketing strategies just for one video or song [laughs]. To me, everything has to always be “perfect.” I feel like it’s a good and bad thing, but hey it got me to where I am now.

Are there any artists you want to collaborate with on future projects?

First off, I gotta say Mozzy is definitely my #1 pick. Mozzy never misses… ever! Besides that, I have a lot of people I want to do music with. One person is this upcoming rapper from LA called YVS Village. Another person I gotta work with is Lil Durk, then Nef The Pharaoh, Skeme, Blxst, Pi’erre Bourne, KAYTRANDA, etc. I could go on and on, just know that I’m coming with the hardest.

Give us a quick run-down of a day in the life of JamalTheCreator.

I don’t even know if I can do that, I’m all over the place. One day I could be filming a video at a Walmart in Atlanta, the next day I could be walking down Slauson Ave in South Central LA. Literally. Being an entertainer, there’s no telling what your schedule could look like for the week. Especially because I like to travel and split my time creating and networking in different cities. Believe me, I have some wild schedules.

This pandemic has been changing lives, how has it affected you being an entertainer?

Surprisingly, this quarantine stuff really boosted my hustle. Ever since they started doing lockdowns, I’ve been working around the clock. Most of my year has just been a ton of learning and planning for next year. A lot of people say that coronavirus has ruined everything, but for me, it opened a ton of doors and changed my life. I started being more creative and learning things that I never knew existed. Teaching myself to make something out of nothing. Next year is going to be a big year for me, just know that. It’s really all about how you process things mentally that determines your outcome for any circumstance.

You’re already a successful rapper and influencer…. Do you plan on doing more?

Without a doubt. I have many big plans as far as the entertainment industry. I want to start a management company down the line for multi-talented influencers and rappers. My aim is to develop some of the most talented and hardworking individuals out there. I know how it is to struggle, so my goal is to get them the resources they need to fulfill their purposes. Even outside of the entertainment industry, I’m learning how to invest. I’m working towards owning properties all throughout the country and establishing true wealth for generations to come.

Any tips for upcoming creators and youth that want to hop into the music industry?

Be original, Keep a Phase 1 mindset, and always find new ways to improve your brand. Also, when you start getting buzz, learn to diversify. There are way too many one-hit-wonders, and you don’t want to be one of em. Overall, just trust the process.

Where can fans find you on social media?