My favourite mixtape, since I really became interested in music, has to be Skepta’s Blacklisted. That tape means a lot to me because I’m quite a big Skepta fan and have been following him since his first album, Greatest Hits, and all of his mixtapes and when you have been in the game for as long as he has, some people tend to dip down in terms of their music.

But Blacklisted sounded like an album to me and it had a lot of amazing tracks and good variation throughout. Skepta has always been so eclectic with his sounds and for that, he’s a great role model to me.

When I listened to it for the first time I was in one of my friend’s houses. We had a party the night before and I woke up the next day and the mixtape popped up on iTunes, so I downloaded it and I felt sick listening to it. There were some tunes on it that I had already heard, like ‘Tour Bus Massacre’, ‘Simple Life’, ‘You Know Me’ and ‘Lay Her Down’ but that was a minor, and the ones I hadn’t previously listened to, I was really impressed by.

When you listen to someone of Skepta’s calibre and you’re a fan of his music, you want it to be the best it can be and this really was. I still play that mixtape now because I really respect that he’s not afraid to come out of his shell and try different things, and it gives people the confidence to make music in the same way. 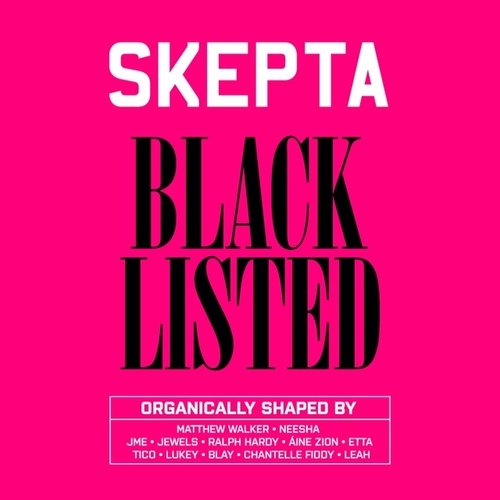 Through Blacklisted I discovered a producer called Thomas Mellor, who produced ‘Tour Bus Massacre’. I had already heard of him but I fully caught on after listening to the tape. I also found out about Jewels on the tape; she sang on ‘Somebody’s Everything’ and she has a good voice so I was happy to hear her on that. I thought Megaman did his thing on ‘We Begin Things’ and I liked that Skepta paid homage to So Solid Crew on that track. Etta Bond was on ‘Mastermind’ and I thought she did her thing, even though I’m not the biggest fan of that song. But I met her recently and she’s cool!

The cover of Blacklisted is a very vibrant and pink cover, and the detail of it, even down to it saying ‘Organically Shaped By…’ and crediting all of the contributors on the front cover was sick. No one usually does that. I never doubt Skepta to be fair as far as covers go, but when I saw the Blacklisted cover, I thought there had to be a message behind it.

Around that time, he was releasing the Underdog Psychosis videos and I think he was trying to say that he was just going to be who he was and touch upon sensitive subjects that are happening in real life. He didn’t care what people said or thought because he was going to do it regardless.

In terms of the grime scene, I think the tape encouraged more people to be themselves and talk about what they wanted to talk about, touching on real life things. It gave artists confidence to believe in their own thing.

My favourite track on the mixtape is, without a doubt, ‘Same Shit Different Day’. The beat took me to another dimension and he executed that intro so sick. That’s probably one of the best intros I’ve heard. I hope he produced that beat because it is mad!
Because in my mind it is a mixtape that sounds like an album, I would pay £15 for Blacklisted at the most, especially when you take in some of the tunes I had heard before.

In three words, I would describe Blacklisted as powerful, expected and timeless.